French Onion Soup Recipes, Everything You Ever Wanted to Know & More

Traditional French onion soup recipes should conjure up feelings of fall, a glass of wine by the fireplace and warm fuzzy blankets. With it’s savory broth, crispy bread and melted cheese, it’s the type of soup you don’t soon forget after you’ve devoured a bowl or two.

Whether you’re a French onion soup fanatic or just getting started this guide will give you the ins and outs of how to make the perfect soup. We even share tips from your favorite celebrity chefs French onion soup recipes.

There are too many factors to debate when it comes to determining whether or not something is healthy these days. We personally believe in the health benefits of onions for many reasons.

In short, onions are a good source of Vitamin C, loaded with antioxidants and are considered a low calorie food.

A typical serving is 1 cup of French onion soup which contains approximately 55 calories and 8 grams of carbs making it a soup worth indulging in.

If you’re using our onion sauce to make your soup I have good news for you because all of our products are certified USDA organic, vegan, gluten free, sugar free and naturally fat free.

What Cheese Is Used For French Onion Soup?

There have been many variations on this classic soup but one thing is for sure. If you want to make a traditional French onion soup you’ve got to use Gruyere cheese. It’s one of the meltiest of the cheeses and compliments the onions in such a way I wouldn’t substitute it.

Gruyere is a hard yellow swiss cheese that is sweet and slightly salty. It’s made from cow’s milk and is typically aged for 6 months or longer.

Gruyere can be a bit on the pricier side so there are some substitutions that can be made if you must. Swiss cheese would be the closest substitute but you could also use other melty cheeses such as mozzarella or muenster cheese.

We’re talking about food, so experimentation is a must to push the limits as long as we can all agree to respect the classics right? Look for our French onion grilled cheese recipes coming soon! 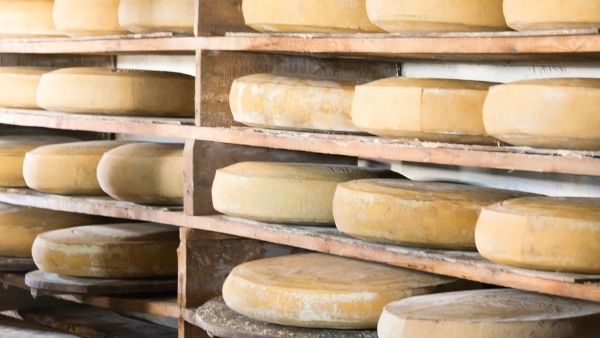 French Onion Soup is All About That Bread

In case you haven’t picked up on the theme, we are talking about a French soup. What type of bread are the French famous for? That’s the right, the baguette. The baguette is that lovely French bread with the perfect crust and chewy inside that can’t be duplicated.

The bread accomplishes two things when used in French onion soup. For starters the crust holds up to all the moisture and you can still get a bit of crunch out of it while the inside soaks up the broth without falling apart completely. It also provides a nice raft for all the gruyere cheese you’re going to melt on top.

If you’re living the low carb life and looking for a keto French onion soup recipe you’ll have to eliminate the baguette and potentially the bread all together. 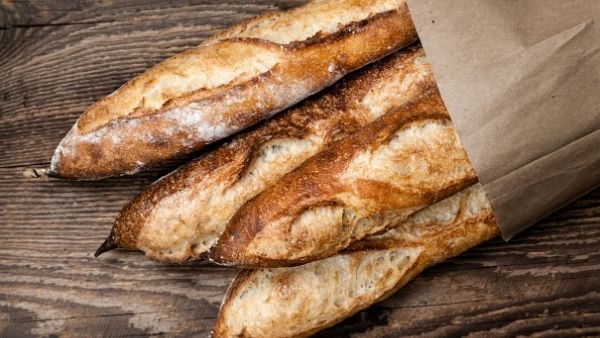 Should You Use Red or White Wine for French Onion Soup?

As you’ll see below there are a few celebrity chefs who’ve taken liberties with the French onion soup recipe. Tyler Florence uses red wine which will give your soup a completely different flavor profile.

In addition to wine there are additional boozy notes including sherry wine, cognac or brandy. I’ve actually used bourbon in the past and it was quite tasty. 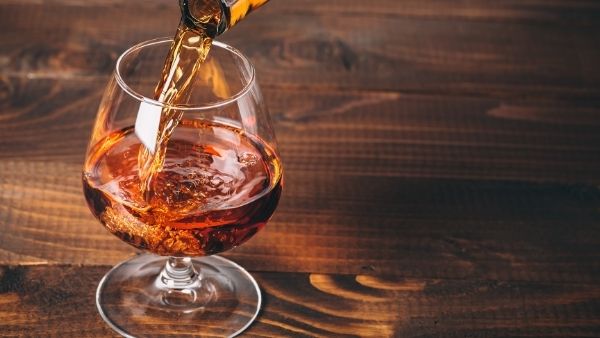 Either of these devices will get you to the finish line depending on how much time you have to make your soup. Time used to be the ultimate factor in cooking down your onions but with the popularity of the instant pot, the game has changed. You still have get through all that cutting, cooking and crying during prep unless of course you’ve some cooked onions ready to go.

Your onions need to be treated with care to release all of their natural sugars that make this traditional soup a fall and winter classic. The longer your broth and onions get to cook together the more depth of flavor you’re going to achieve.

If time is really of the essence you can try our Quick French Onion Soup Recipe that has no need for a slow cooker or instant pot. You can be enjoying your French onion bliss in 30 minutes or less with our garlic onion sauce.

Holly from Spend With Pennies says, “Slow cooker French onion soup is one of her favorite meals to come home to! As with any traditional French onion soup, this recipe features a beefy broth loaded with caramelized onions and herbs and topped with an amazing Gruyere cheese topping!”

TastingTable says “French onion soup is all about the onions, and we like to upgrade it by sweating shallots and sweet white Vidalias with butter, creating a creamy and slightly sweet base for rich garlic- and thyme-infused broth. Then we let the slow cooker do all the work.

Lisa Huff from Snappy Gourmet says “This French Onion Soup for the most part just involves throwing some ingredients into a slow cooker and it will be ready for dinner. Top the soup with some bread or croutons and some Swiss cheese and you have yourself an easy dinner for any day of the week! It can also be healthy, low calorie, and low fat (if you use low fat cheese!)

You should also check out this Instant Pot French Onion Soup recipe from Sweet and Savory Meals that uses red wine and brown sugar which aren’t exactly sticking with tradition in the soup department but will give you a different depth of flavor.

Which one of these slow cooker French onion soups do you want to make first?

In order to convert this soup to vegetarian you’ll have to eliminate the beef broth all together. The question is whether or not plain old vegetable broth will do this soup justice.

I haven’t tried it yet but after checking out Vicky and Ruth of May I Have That Recipe, mushroom broth seems poised to emulate the richness of traditional French onion soup.

There are other elements you will have to change if you truly want to go vegan or vegetarian. Butter is a common component which can easily be substituted for vegan butter.

The real challenge comes with the cheese. If you’re vegan and dairy free, how in the world do you make vegan french onion soup without the cheese!?! Good news folks, VeganHuggs has solved this problem with her recipe that includes homemade cashew mozzarella cheese recipe.

From Julia Childs to Alton Brown, these culinary geniuses must know something we don’t right? Right! So let’s see who takes the most liberties and who sticks closest to tradition. Just click their name to be brought directly to their recipe.

Julia Child’s recipe includes all the usual suspects including beef broth, French bread, butter, flour and of course onions. One recipe I found called for Swiss cheese which would be a deviation from the traditional Gruyere and it also included parmesan which shocked me! Julia also uses white wine her recipe and some optional cognac.

Alton Brown has been a culinary hero of mine for decades. He brings out my inner geek and I loved his philosophy on Good Eats where he tested multiple recipes to land on perfection. His soup recipe is a little bit deviant but will definitely remind you of the classic.

He combines beef consommé with chicken broth and apple cider! He also uses a bouquet gami which includes thyme sprigs, bay leaf and parsley tied together.

Lastly we are down to these cheese. He recommends Fontina as well as Gruyere. It’s been said that a young Gruyere can mimic Fontina cheese in that it will be creamier and nuttier.

Ina Garten is a master of flavor combinations and her recipe adds some subtle yet noticeable changes. In addition to white wine like Julia’s recipe you’ll find Sherry combined with Cognac or Brandy. To complement the beef stock, Ina also uses veal stock.

What you won’t find in this recipe is bread or gruyere cheese. She simply serves the soup hot with fresh grated parmesan. So if you’re looking for keto french soup, this recipe might be your chance.

This recipe from Tyler Florence is a fan favorite and has over 800 reviews!!! Wow! It’s as simple as any traditional French onion soup can get. All the usual suspects are invited to the party. Beef broth, gruyere cheese, fresh thyme and bay leaves.

Don’t worry, here comes the twist. Tyler uses red wine instead of white wine, sherry and cognac like his predecessors but who can argue with the wisdom of crowds.

Ree Drummond has been delighting cowboys and families for years. Her soup hugs tradition while taking just a slight detour with the combination of beef broth and chicken broth. The other little flavor twist is a dash of Worcestershire Sauce that while may seem unnecessary can add a new flavor profile to this beloved soup.

From burgers to grilled cheese to dip, people can’t seem to get enough of that French onion flavor!!

We invite you to check out our Caramelized Onion Dip with Yogurt. Substituting yogurt for sour cream means less calories and fat.

This Easy French Onion Dip from AttaGirlSays skips the powdered onion dip mix to make a chunky, creamy French onion dip that will stand up to any chip. This semi-homemade version is made with sour cream, mayo, garlic onion sauce and spices seen below.

For the mushroom lovers we have French onion mushrooms recipe that features bacon, Portobello mushrooms and fresh thyme.

We’d love to hear from you and your tips for the perfect French onion soup. Leave us your comments with your favorite recipes or suggestions on how to make any of our recipes better.