The Stupid Cook, Cooking with Friends

I had the opportunity to get in the kitchen with my friend The Stupid Cook. We discussed doing this months ago and I was so happy we were able to make it happen.

When two foodies get together there’s bound to be some good eats, a little bit fun and a few mishaps. While planning the menu it took some back and forth to decide on what we would actually cook that day.

I was even able to convince my pal impertectjoe from Tough Monkey Entertainment to come film the festivities.

Where are all my cheese lovers? Baked brie is one of the classy ways to enjoy cheese with the benefit of being super simple to make.

Grab some crescent dough from your local super market. First, spread about half the jar of Big Lou’s Sweet Onion Sauce on top of the brie. Next, wrap your brie cheese in the crescent dough and cover up any holes. We recommend starting at the bottom.

This time we covered the entire wheel of brie in dough but if I had to do it over again I would have left a hole in the center to see the onions.

Bake the brie in an oven or in our case, toaster oven, according to the package instructions. When the dough is golden brown it’s ready to enjoy. The last thing we did was top the brie with some salad topper that includes cranberries, pumpkin and sunflower seeds to give some additional crunch and sweetness.

Up next are these french onion inspired burgers. Using Big Lou’s Garlic Onion Sauce and some provolone cheese this was quite the summer grilling treat.  The Stupid Cook suggested we stuff these with the provolone cheese juicy lucy style.

If you love french onion soup but can’t bare to eat soup in the blazing heat of the summer, this may give you the fix you’re looking for.

We used grass fed beef from Butcher Box and ate them between some fluffy Martin’s Potato Rolls. The tip is to make your burger patty big enough to split into two so you can stuff your cheese inside.

Both The Stupid Cook and I are big fans of the Chicago food scene so I was thrilled to make some Chicago inspired sausages. This time we tried them two ways.

First we used some grass fed polish sausages from Teton Waters Ranch. If you read my NY Style hot dog recipe, you know I’m a fan. I picked these up at the Costco in Melville, NY. I also found some Paleo Chicken Sausages made by Sabatino’s to test out.

What makes something Chicago style?

Well you need a lot of toppings including sport peppers, onions, sliced tomato, pickle spears and the kicker, celery salt. That’s what makes me think Chicago hot dog every time. In this case we used Big Lou’s Spicy Onion Sauce which made both of these sausages stand up to the ones I’ve had in the windy city. 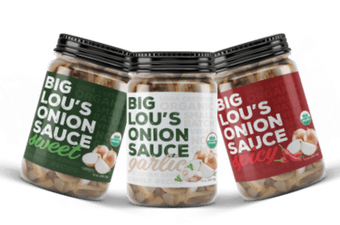